This website uses cookies. Cookies are temporary files on your PC, mobile phone or tablet which make the website more efficient both for you and for us. It gives us insight into the use of the website and makes it more user-friendly. In addition, we and third parties can show you relevant advertising and share information via social media.

You can choose and accept your cookie settings below:

We are looking forward to welcome you for breakfast, coffee and cake, high tea, drinks, lunch or dinner in our brand new Brasserie de Roode Leeuw.

The history of Hotel Amsterdam De Roode Leeuw dates back to the 15th century. In 1911 the hotel opened its doors and was therefore one of the first hotels in Amsterdam. The location of the hotel is fantastic and very central, namely on the Damrak near Dam Square. Our hotel is one of the few remaining privately owned hotels in the city. 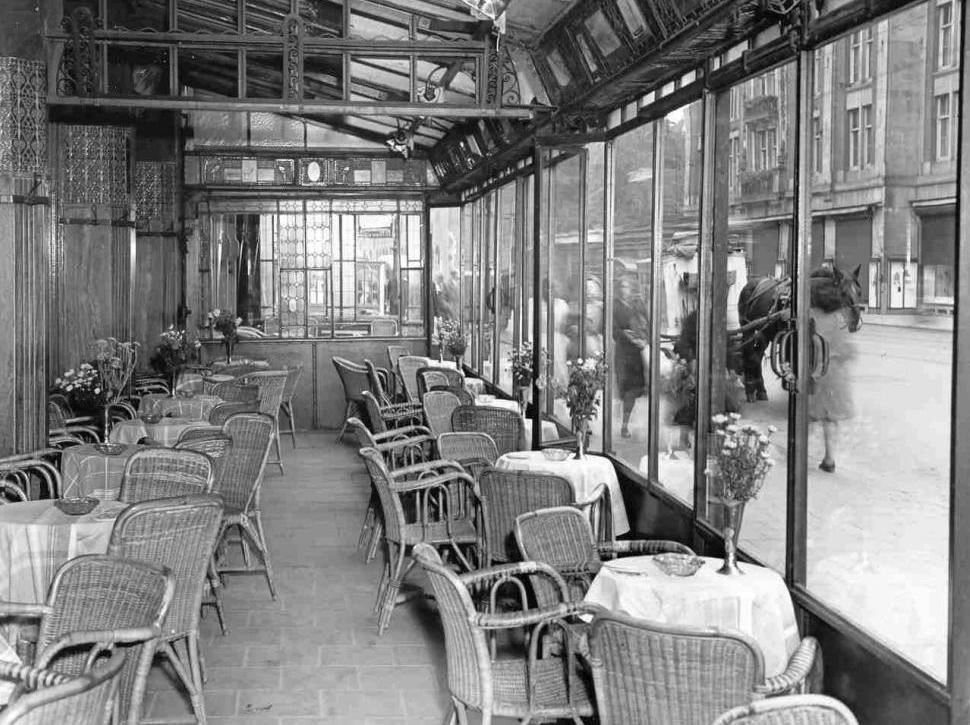 A rich history in hospitality

Hotel Amsterdam De Roode Leeuw has its origins as a prominent inn as far back as the 15th century. The oldest proof of ownership dates back to 1454. Tender Simon Pietersz leased the building from a certain priest named Jan Damaesz. This indicates there is a medieval alliance between 'Spiritualia' and a 'red lion' (roode leeuw). The original building, located where you can now find Peeck & Cloppenburg and Madame Tussauds, was demolished in 1838. We then find De Roode Leeuw on the Vijgendam 22 as a coffee bar De Roode Leeuw until it was demolished in 1911. A new building, designed by architect Foeke Kuipers, was erected at the Damrak in 1911. Kuipers was a much sought-after architect in Amsterdam at that time.

The founding of the current company was initiated on October 16 1911, by two members of the Board of Directors of the Amstel Brewery, squires sir Ernest de Pesters and sir Pierre H. Bicker. The company founded was called the N.V. to Exploitation of Hotel Café Restaurant De Roode Leeuw. Sir Jos von Eugen was the first appointed director of De Roode Leeuw. He made a profit in the first year of opening. One of the things that certainly helped, was that many regular guests were business travelers or did business at the Stock Exchange. Originally the hotel had 35 rooms, but in 1918 adjacent buildings were purchased at the rear to expand the capacity. As a result the hotel went all the way back to the Nieuwendijk. Although the groundfloor on the side of the Nieuwendijk remained in use as a retail space. The other rooms were converted into hotel rooms.

During the 2nd World War, the hotel had to deal with many difficulties. Some employees were deported to Germany. After the war the hotel was requisitioned as the Canadian 'Leave Center', the Canadians used the hotel for a year.

Over the years the hotel has undergone many refurbishments and modernizations and has grown with the wishes of the guests and the changes that modern times require. Yet the character of Hotel De Roode Leeuw has been preserved, including its the service and high level of hospitality. It’s hard to imagine the Damrak without De Roode Leeuw's terrace. This first open terrace was closed off in 1935. During the renovation in 1973 the total area was enlarged and the striking pillars were restored to their old decorative glory.

On October 16 in 2011, N.V. Hotel Café Restaurant De Roode Leeuw celebrated its 100th anniversary. The celebration was in the New Church (Nieuwe Kerk), and with this party the hotel started its second century of hospitality. In 2017, Marcel Romein joined the team as General Manager to supervise the large-scale renovation of the restaurant, the conservatory, the reception, the cellars, and the reinforcement of the foundations of the building. Plans for a beautiful new terrace are now being implemented and will be realized by the end of 2018.

Hotel De Roode Leeuw is still in the hands of the founders descendants, which - apart from being a fantastic place in a great location in the historic center of Amsterdam - makes it a unique hotel. 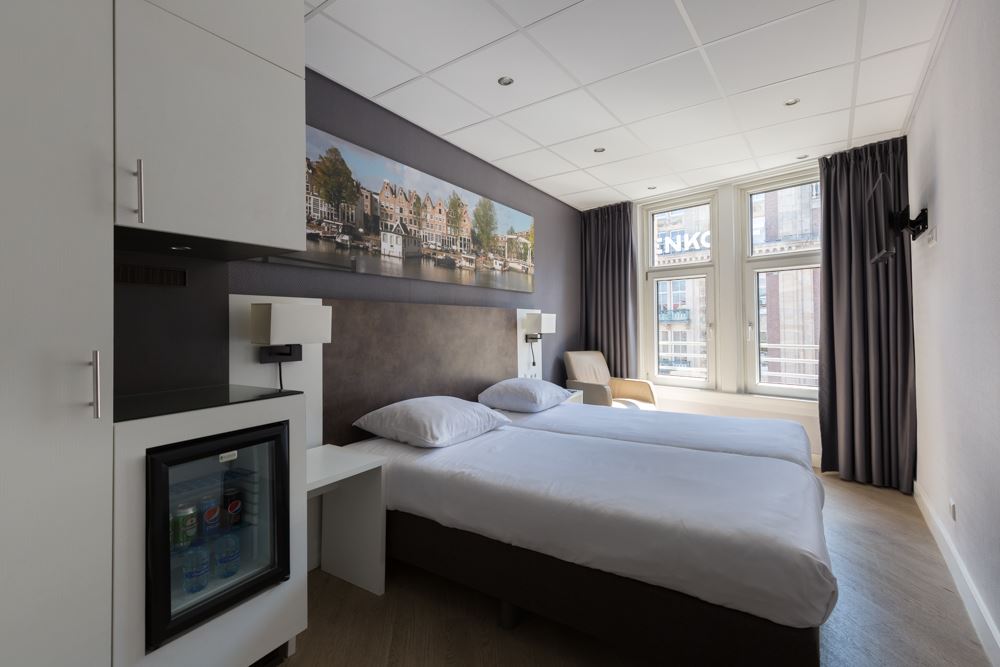 The longer you stay with us, the more discount we give you! We offer discounts between 8% and 23% on stays of two nights and more. The highest discounts are applied to the longest stays. 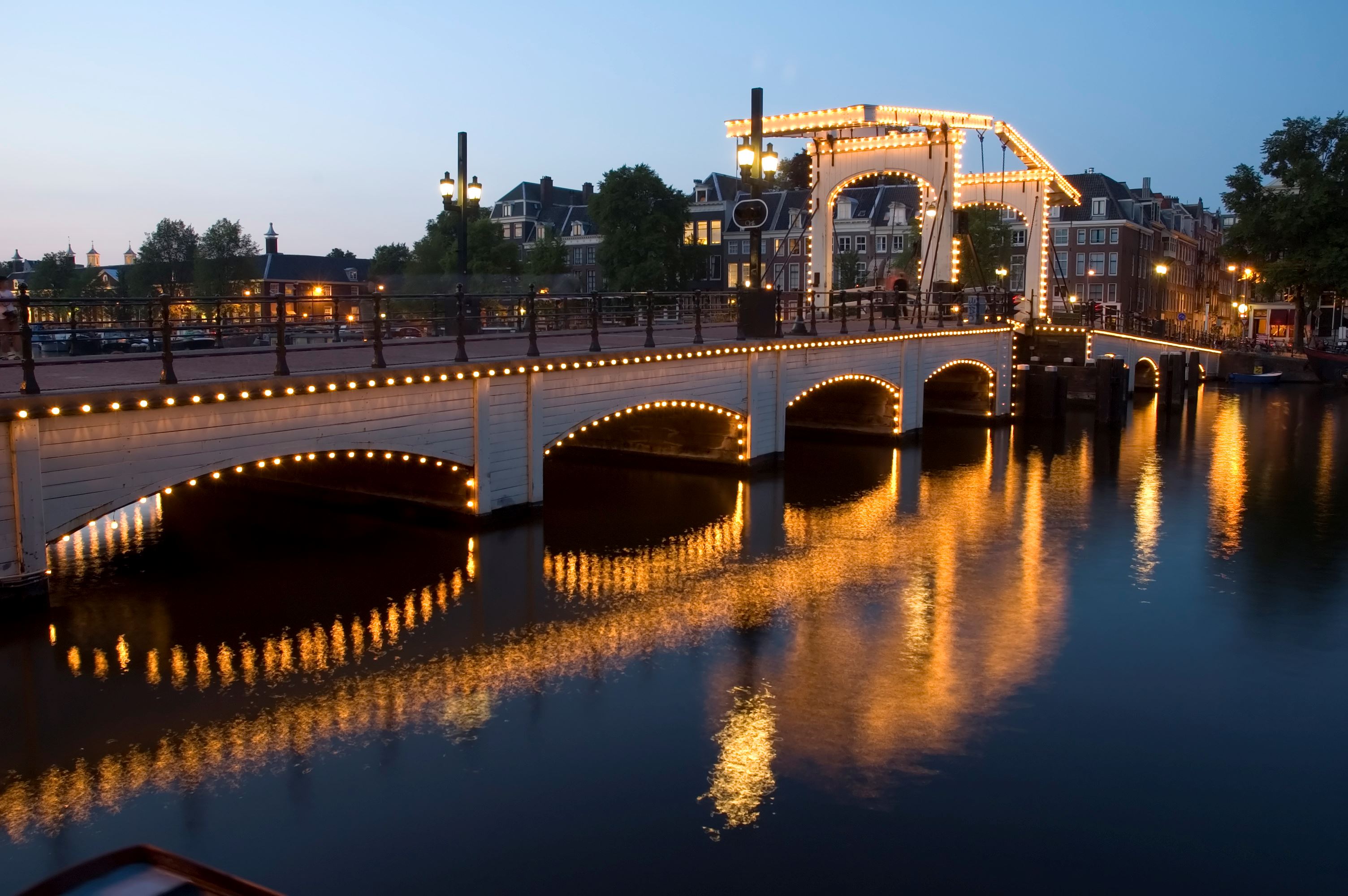 Located in the historical heart of the city, Hotel Amsterdam Brasserie De Roode Leeuw has a convenient central location. Famous Dam Square, the true center of Amsterdam, is a stone's throw away from the brasserie.

Brasserie De Roode Leeuw dates back to 1911 and enjoys an outstanding reputation, renowned for its Dutch regional specialties and is considered an Amsterdam institution. We are looking forward to welcome you for breakfast, coffee and cake, high tea, drinks, lunch or dinner.